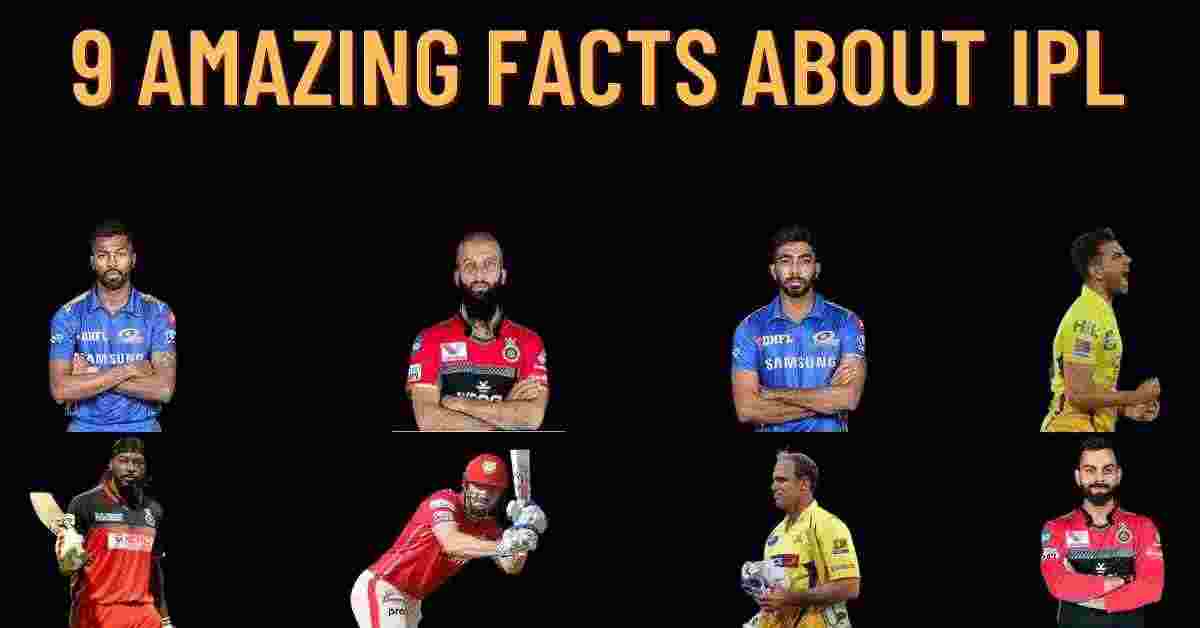 IPL or Indian Premier League is a very successful league started by the BCCI in the year 2008. It is the most successful Cricket league in the world. IPL is a great platform for all the cricketers who have the talent and wants to showcase their talent. This is the main reason for the success of IPL. It was started because at that time there was no platform for the young cricketers where they could showcase their talent.

With time, people started loving IPL as it does not take too much time to watch. It was a quick and modern Cricket. Earlier Cricket match was played for almost 5 days or a minimum of 1 day. But as T20 Cricket was new and an IPL match gets completed within 3 hours. This attracted people to love IPL.

9. Chennai Super Kings is the only team in the IPL history who has never changed its captain

From the year 2008 and till now Chennai Super Kings had only 1 captain and that is MS Dhoni.

8. Lakshmipathy Balaji was the first-ever bowler to take hat-trick in IPL

Lakshmipathy Balaji became the first-ever baller to take a hat-trick in IPL. He took a hat-trick against Kings XI Punjab in 2008 at Chepauk. He took the wicket of Piyush Chawla first, then Irfan Pathan and lastly VRV Singh and completed a hat-trick and helped CSK as well to win the game.

7. Brad Hogg is the oldest player in IPL history to play

George Bradley Hogg, also known as Brad Hogg was an left-arm spin bowler and lower-order batsman. He was a player from Australia. He has set many records his name. He was one of the most successful bowler of Australia. He last played in IPL in 2015 for KKR.

David Warner, captain of Sunrisers Hyderabad has always impressed everyone by his performance. He has won the Orange cap 3 times in the IPL. This is the highest times by a player in the IPL hinstory.

Read this also-: List of all the orange cap winners in the IPL history

5. Pravin Kumar was the first bowler to bowl in IPL

Praveen Kumar, playing for Royal Challengers Bangalore was the first bowler to bowl the first ever ball in the IPL. He bowled the first ball to Sourav Ganguly who was playing for Kolkata Knight Riders.

4. Harbhajan Singh had bowled the most number of dot balls in the IPL

Harbhajan Singh, who now plays for CSK had bowled the most number of dot balls. He has bowled 1151 dot balls n total 151 matches.

Note: This was the data when I was writing this article.

3. Delhi Capitals is the only team in IPL history who had never played any IPL final

Delhi Capitals who was earlier known as Delhi Daredevils is the only team in IPL history who had never ever played any IPL final.

2. Prayas Ray Barman is the youngest player to play in IPL

Prayas Ray Barman, a leg-break bowler was bought by Royal Challengers Bangalore in IPL 2019 at the age of 16 years 157 days and became the youngest ever player to play in IPL history.

1. Broadcasting rights of IPL was sold to Star India for 5 years at unbelievable ₹16347.5 crores which means 54.5 crores per match

On September 05, 2017, Star India bought the IPL broadcasting rights at an unimaginable price of ₹16347.5 Crores which means 54.5 crores per match and 22 Lakh Rupees per ball.

These were the best and amazing facts about IPL that no one knows.