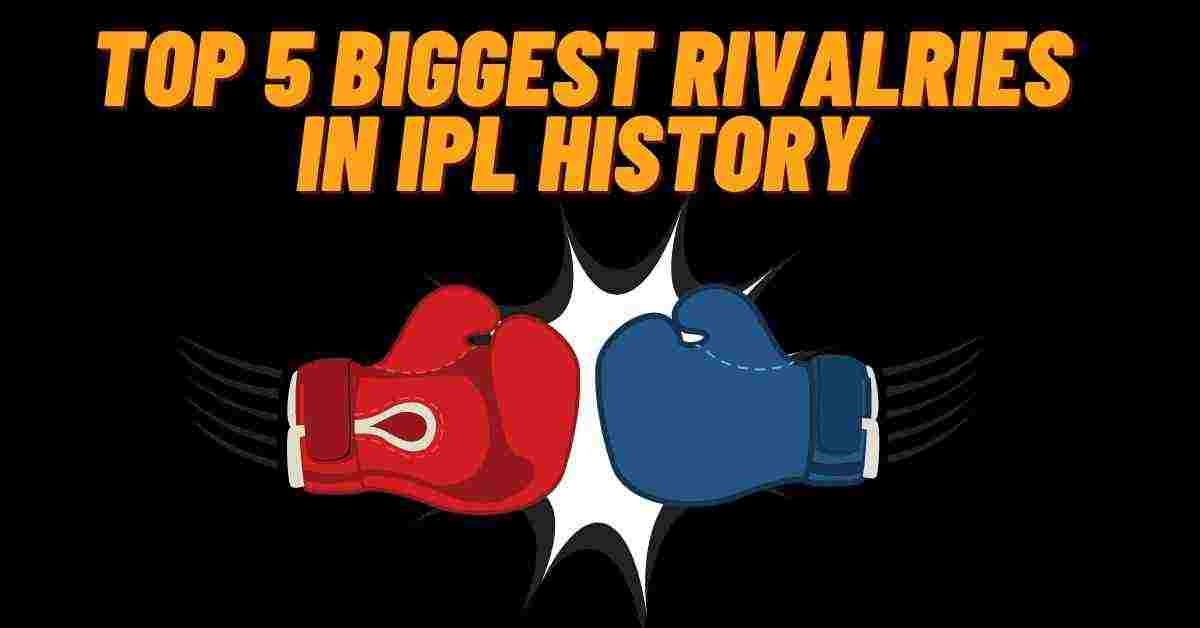 Indian Premiere League (IPL) has always been the most exciting tournaments around the globe. It has proved to give a top notch game to all the Cricket lovers. Till now, it has been the most successful platform for the young cricketers where they play and improve their game with the world’s top players. It has brought an revolution in the Indian Cricket as it gives a top-level platform for the Cricket enthusiast to showcase their talent in front of millions of Cricket fans.

Over the period of time, may rivalries in IPL has developed which is not bad for any sports as rivalries results in the improvement of game. So, today we are going to talk about the top 5 team rivalries in IPL with some stats.

Both the team is playing from the initial stages of IPL but one team became the king of IPL whereas another is still waiting for its first IPL title. The rivalry of Mumbai Indians and Delhi Capitals is not new. The rivalry has been going on for more than a decade.

Rivalry between RCB and CSK is very old. It is often called as “ashes of the south”. CSK has won the IPL title thrice whereas RCB is still waiting for its first title. The rivalry is also because of some political pressure and a dispute of Kaveri river. Both the team is well capable of winning the IPL and one of the best team in IPL.

This rivalry is a bit young. It started when a vocal fight happened between the young captain Virat Kohli who was leading RCB and the hero of 2011 world cup Gautam Gambhir who was leading KKR. After that we all are watching the intensed matches between RCB and KKR.

No one needs to tell about these two captains and these two teams. Both the teams are the best and most successful team in the IPL history which itself makes them a rival. These two teams fight against each other to prove them the best. Both the captains are the best captains in the IPL history, one is known as “The captain cool” and another is known as “Ro-hit man Sharma“. Both the players don’t need any introduction, they are a brand itself.

These 5 is the biggest ever rivalries In IPL history. All the teams in IPL fight for their dominance and in these conditions, rivalries is must. Rivalriy is important and good for all the sports as it improves the quality of a game and eventually benefits the players and viewers too. So, these was all about the rivalries in IPL.

Hope you liked it! Thanks for reading the article. Please share it.